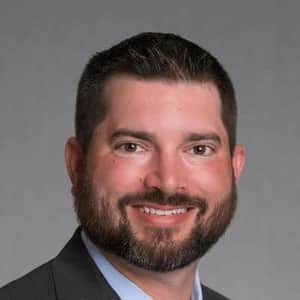 Treyson J. Brooks originally moved to McKinney with his family in 1987. Treyson graduated from McKinney High School in 1997 before heading off to UT Dallas and then SMU. Treyson spent several years practicing law in downtown Dallas where he was active in the Dallas Bar Association and its charity golf tournament. Treyson moved back to McKinney in 2017 and opened a law practice on the square.

Treyson has 2 sons, ages five and six, to whom he devotes most of his spare time. When he’s not coaching soccer or baseball, Treyson also likes to play golf.

Treyson has a Bachelor of Science in Computer Science from UT Dallas and a Juris Doctorate from Southern Methodist University.